You are here: Home / Portfolio / Touchmark On West Prospect 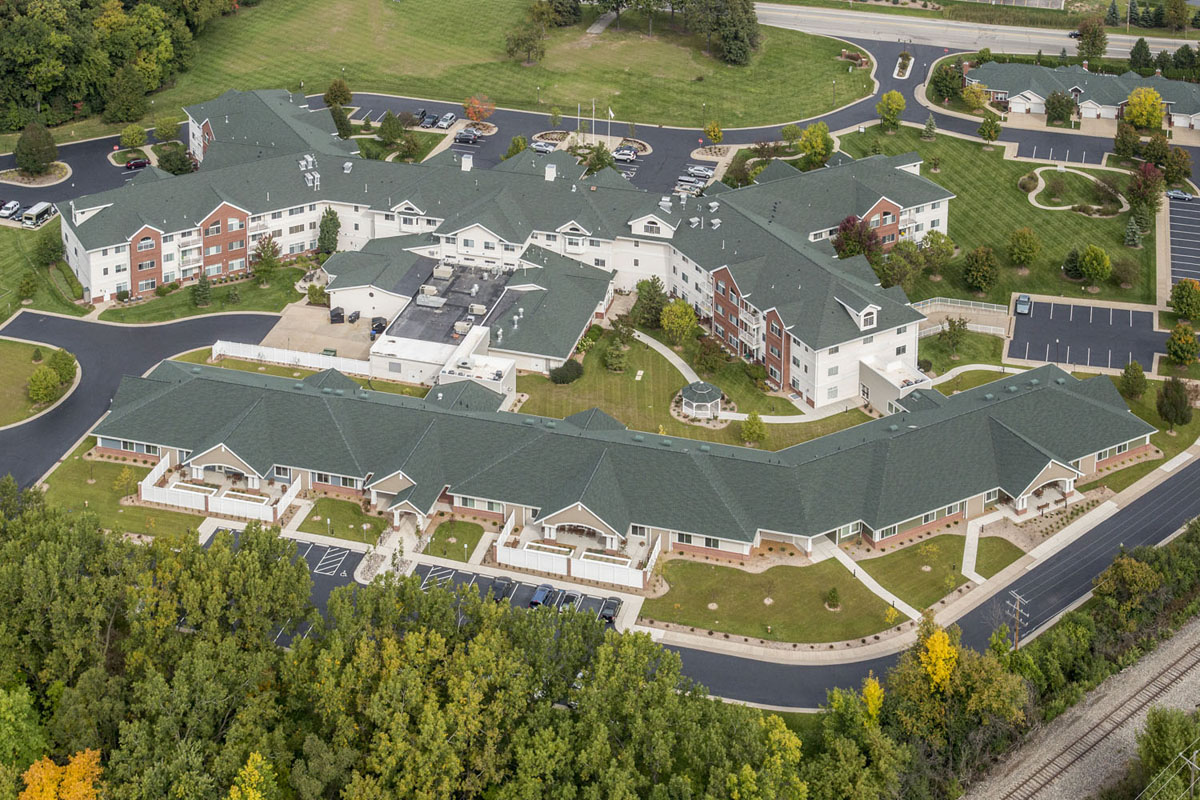 Touchmark on West Prospect was a two-phase project consisting of both construction of a new 32,000 square foot, 48-bed memory care addition and the renovation of the 60,000 square foot existing, assisted living facilities.

In the existing structure, Berghammer replaced all of the carpet in the main areas and painted every wall that wasn’t part of a private unit. The main stairway in the Town Center was removed and the area converted to a bistro. Other areas renovated included dining rooms, library and the salon. Renovations were carefully orchestrated to cause as little disruption as possible to operations and the residents.

The new construction commenced October 1, 2013 with an anticipated nine month duration. While it was known construction would take place in the winter—what could not be anticipated was one of the worst winters in 20 years. Frigid temperatures came early and it seemingly snowed every other day. When it became apparent how bad the temperatures were going to get, the structural footings on the exterior and interior were poured, the structure framed and then enclosed so that heat could be pumped into the interior, allowing internal concrete slabs to be poured and construction to progress—and the weather-challenged schedule was maintained.